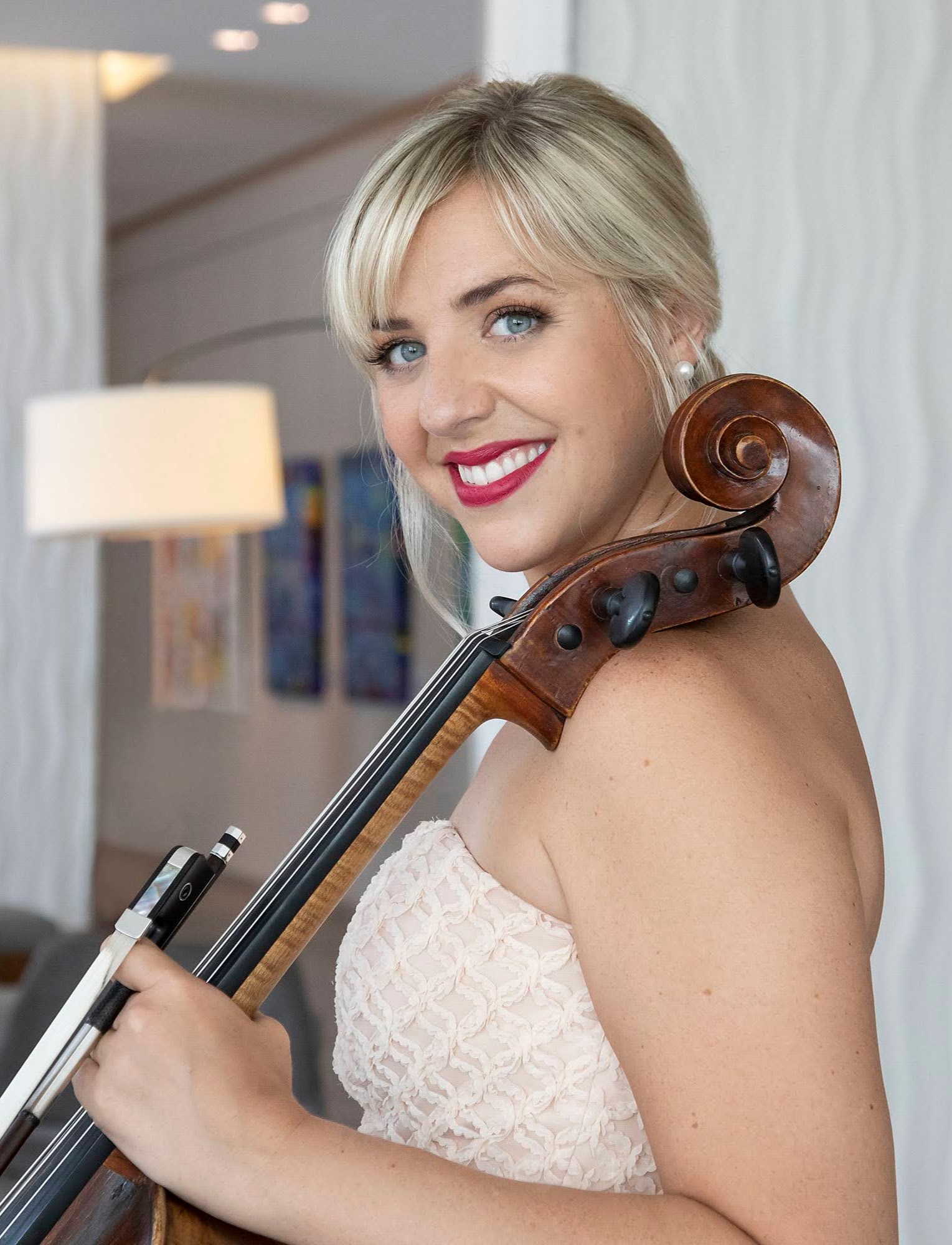 Natalie Helm Principal Cello of the Sarasota Orchestra, Natalie Helm has been praised by Fox News as having a sound that “catches the attention of the room” and “leaves a lasting impression”. LA Times proclaimed the audience “was transfixed” by her performance that was “handled ardently”. A cellist of “musical grace” and extraordinary versatility, Ms. Helm enjoys a dynamic career as a soloist, chamber musician, orchestral musician, and educator. Ms. Helm has appeared as a soloist with orchestras around the country, including the Dana Point Symphony; the Louisville and Colburn orchestras; and the World Youth, Montgomery, and Richardson symphony orchestras. She has performed with the American Contemporary Ballet, the Domingo-Thornton Young Artist Program, and the Yamaha Music Foundation.

Ms. Helm has won top prizes at several international competi-tions including the Lennox International and Blount-Slawson young artists competitions, and the Kingsville Young Performers Competition; and has appeared on NPR’s From the Top.

A native of Louisville, Ms. Helm received her Bachelor of Music degree from the Curtis Institute of Music in 2011 and her Artist Diploma from the Colburn School in 2014. She plays on a Raph-ael Di Blasio cello from 1803.

Michael Stewart has performed throughout the US, Europe and South America as a solo and collaborative pianist. He received his Masters degree from of Mannes Conservatory in New York and Bachelors from the University of Utah. Mr. Stewart is currently faculty at Enfield School in Connecticut, and performs with the Saint Petersburg Opera, Opera Tampa, The Florida Orchestra, Sarasota Orchestra and Choral Artists of Sarasota.