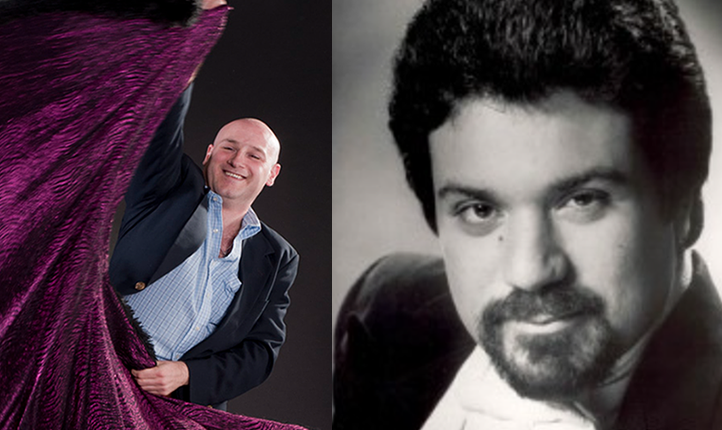 We sometimes forget that what we have come to know as classical music has taken root in many places outside Europe and North America. This concert will correct that misimpression, and brilliantly so. Peter Burroughs and Carlos Rodriguez have made it their mission in a collaboration of over thirty years to bring the best of the Spanish language and Latin American musical repertoire to American audiences, and, conversely, American music to the Caribbean and South America, with a special emphasis on Cuba. This concert, entitled, appropriately, “Debajo del Mismo Cielo,” or Under the Same Sky, will bring us works by Debussy, Strauss Ives and Gershwin, but also by the prolific Argentine composer Alberto Ginastera, the brilliant Cuban composer and pianist Ernesto Lecuona, and other works unknown to most of us and waiting to be heard. They are operatic arias, art songs, dance tunes, and popular love songs. Come and be entertained by this wonderful duo.

Tenor Peter Joshua Burroughs comes to us direct from Opera Tampa, where he will appear in The Tales of Hoffmann. A versatile singing actor, Peter has performed with Washington National Opera and Washington Concert Opera, Studio Lirico in Cortona, Italy, London’s Clore Studio of Covent Garden, at Wolf Trap and with Washington’s Spanish Dance Society. Through his program coOPERAtion, he has toured the country, making opera accessible to seniors and children. With Carlos, he regularly appears in Washington’s InSeries productions of chamber operas. He holds the Bachelor of Music in Performance and Music Education from Ithaca College and the Master of Music and the DMA from the University of Maryland’s Opera Studio.

Pianist, arranger and conductor Carlos César Rodriguez began his career in his native Venezuela and followed with a Carnegie Hall debut. Acclaimed by The Washington Post as a powerful, virtuosic masterful pianist, he has toured the US and Europe in solo recitals and in collaboration with Denyce Graves, Jessye Norman and Placido Domingo. The winner of the prestigious Georg Solti Foundation US Fellowship for outstanding young conductors, Carlos is a sought-after music director and conductor of zarzuelas and Spanish operas in the US and the Americas. He teaches at the Selma Levine School of Music in Washington, DC. He is also the founding artistic director of Romez3arts, a group dedicated to promoting intercultural awareness through musical performance mentorship and community building activities. With Co-Director Peter Burroughs and two sopranos, the group works to build bridges through the arts across the hemisphere, including residencies in Cuba and Costa Rica.